Lending further proof to the saying “everything is bigger in Texas,” L-ACOUSTICS US reports that Houston-based LD Systems has now purchased a mega-stadium-sized K1/KUDO pro audio system. Hailed as one of the largest sales in the manufacturer’s 28-year history, the order comprises 386 enclosures – including variable curvature, constant curvature and coaxial systems – all powered by LA-RAK. 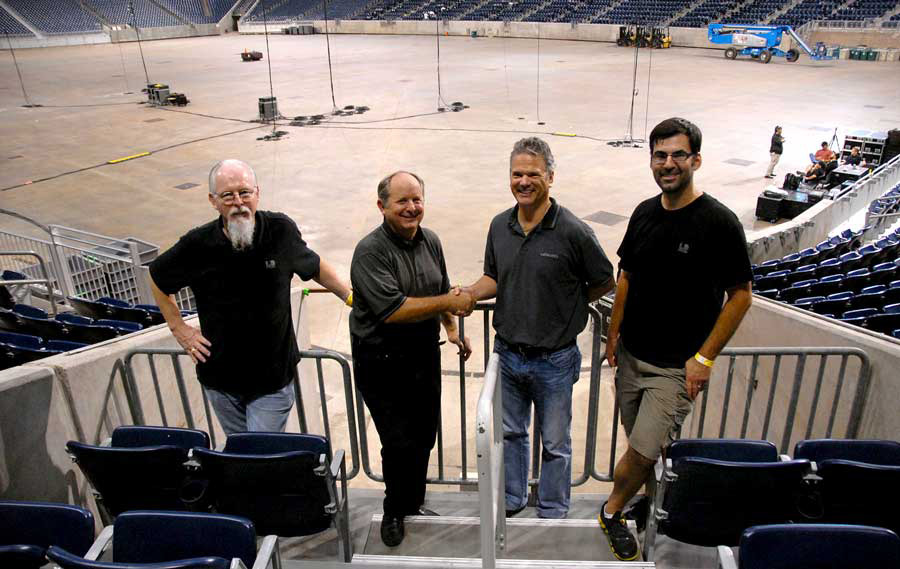 According to Rob McKinley, co-founder, president and owner of LD Systems, the quantity of product was largely driven by the sound reinforcement needs of the Houston Livestock Show and Rodeo™, which has been an annual client since 1985. In February and March of each year, as part of RODEOHOUSTON®, up to 75,000 people pack Reliant Stadium on any given night for three straight weeks of rodeo action and concerts from some of the biggest stars in pop, rock and country music.

“RODEOHOUSTON will require 280 L-ACOUSTICS enclosures powered by 44 LA-RAKs making it the largest stadium fully equipped with K1 worldwide,” McKinley notes. “As the sole pro audio provider for the rodeo, we’ll basically be using our full complement of K1, K1-SB, KUDO and KARA to cover the event. We recently flew a mockup system at the venue to give their management team a preview and the comments were extremely favorable.”

“I can’t even begin to say how tremendously impressed I was with the demo,” says Houston Livestock Show and Rodeo Chief Operating Officer Leroy Shafer, who has been with the organization for nearly four decades.

“Reliant Stadium has always been a challenge to tame, but when we heard LD’s new pro audio system – even though it was only set up to cover one quadrant of the space – we were absolutely amazed.” 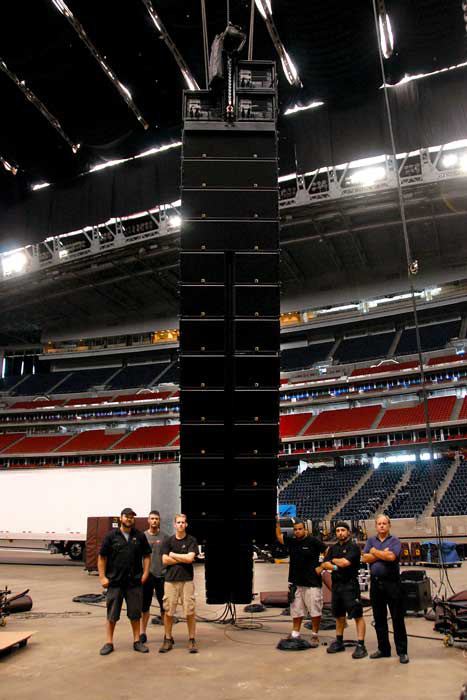 “Thanks to LD Systems, our concerts and events have always represented the leading edge of presentation technology,” he adds. “But after hearing the K1 demo, we can definitely see and hear that we are taking a significant paradigm step upward in the pro audio sound production for RODEOHOUSTON.”

Shafer also points out that the L-ACOUSTICS system will be instrumental in helping attract high-profile artists to join the performance roster. “When our Entertainment Department tells agents and road managers about the new pro audio system, the first question is ‘how much of the stadium will be covered with this?’ And when we say, ‘100 percent of it,’ there’s usually silence on the other end of the phone followed by ‘Wow!’ We knew this system would generate significant impact for us, and I can tell you that it’s the talk of the country music scene right now.”

According to Robert Ausmus, LD Systems’ longtime director of production services, an L-ACOUSTICS system was the only logical choice. “It’s all about performance pro audio here at LD Systems, so we’ve spent the past two years carefully evaluating all of the options on the market looking for the right system to carry us through the next 10 years and beyond,” he says.

“There are so many reasons that L-ACOUSTICS was the right fit for us. In addition to having precise pattern control, K1 has the ability to throw great distances and sonically stay intact the whole way, which was of huge importance for RODEOHOUSTON. Plus, seeing that it’s a descendant of V-DOSC, the system has instant traction and acceptability in the global touring market. I also really love the whole packaging of LACOUSTICS’ total loudspeaker-amplifier solution. The amp racks are brilliantly thought out, the LA Network Manager and SOUNDVISION software platforms are both fantastic, and guaranteed consistency between systems around the world absolutely speaks volumes.”

“Our first experience with K1 certainly turned our heads,” McKinley recalls. “But it’s not just about what we heard; it’s what we were hearing from other engineers that we highly respect. With L-ACOUSTICS, we felt we had found a product that was not only the accepted standard that the market demanded, but also the product that we all agreed had the best technology with exceptional staying power.” 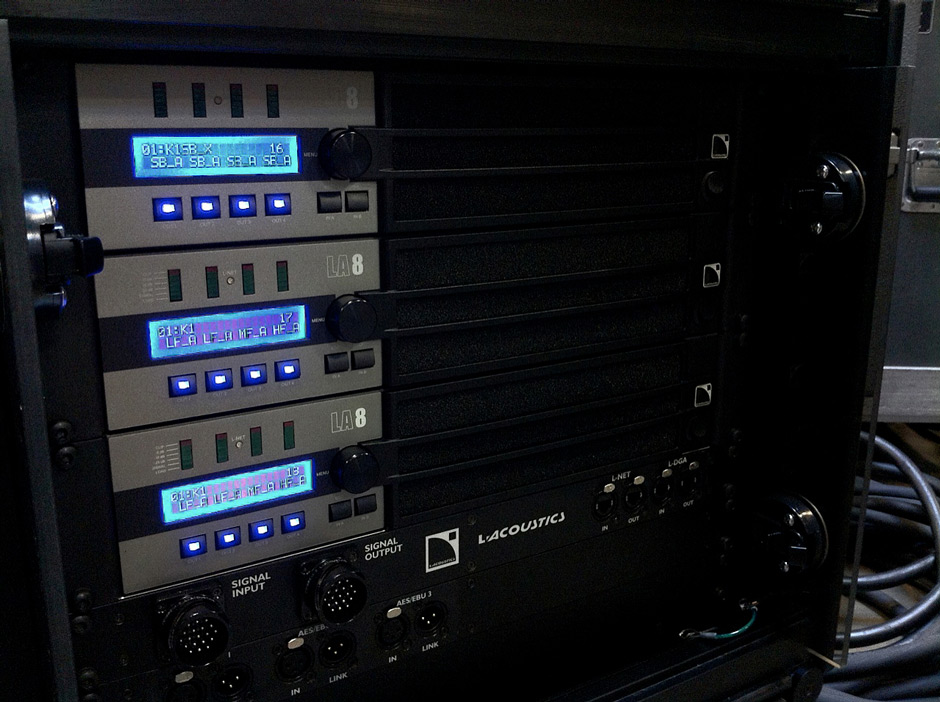 “Although we’ve focused a lot on regional sound, special event production, corporate staging and systems integration in recent years, touring sound has always been at our core,” he adds. “Our interest with K1 is very much to increase our participation in the touring market again, and through tours of our own as well as partners in the Rental Network we feel we now have a very strong presence to do that.”

The Houston Livestock Show and Rodeo, which celebrates its 81st anniversary in 2013, draws more than two million people each year. The 2013

Show runs from Feb. 25 through Mar. 17, with the last evening featuring a special concert-only performance by George Strait, Martina McBride and Randy Rogers Band. Other artists to perform will be announced in January at www.rodeohouston.com.